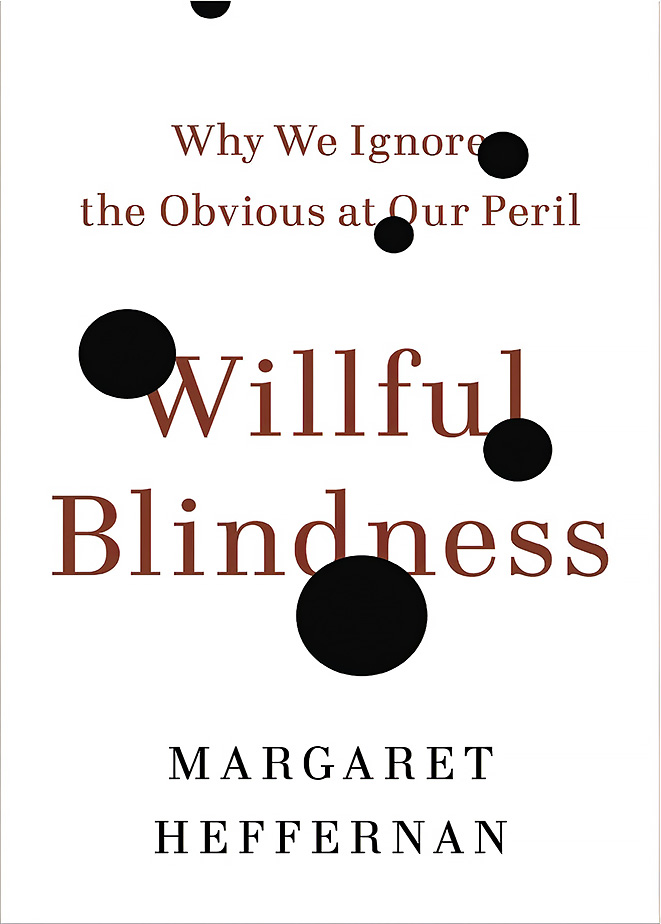 About the Book
Synopsis
Willful Blindness: Why We Ignore the Obvious at our Peril was first published in 2011.
NEW UPDATED EDITION FOR 2019
Fully revised and updated since its first publication in 2011 to encompass further appalling instances of Willful Blindness: Grenfell Tower, Carillion, Harvey Weinstein, Windrush and many more. In her latest book, Heffernan argues that the biggest threats and dangers we face are the ones we don't see - not because they're secret or invisible, but because we're willfully blind. She examines the phenomenon and traces its imprint in our private and working lives, and within governments and organizations, and asks: What makes us prefer ignorance? What are we so afraid of? Why do some people see more than others? And how can we change? Examining examples of willful blindness in the Catholic Church, the SEC, Nazi Germany, Bernard Madoff's investors, BP's safety record, the military in Afghanistan and the dog-eat-dog world of subprime mortgage lenders, the book demonstrates how failing to see - or admit to ourselves or our colleagues - the issues and problems in plain sight can ruin private lives and bring down corporations. The book explores how willful blindness develops and then goes on to outline some of the mechanisms, structures and strategies that institutions and individuals can use to combat it. In its wide use of psychological research and examples from history, the book has been compared to work by Malcolm Gladwell and Nicholas Taleb.
Book Information
Published: March 1st, 2011
ISBN-13: 978 0802777966
Publisher: Simon & Schuster
Purchase from: